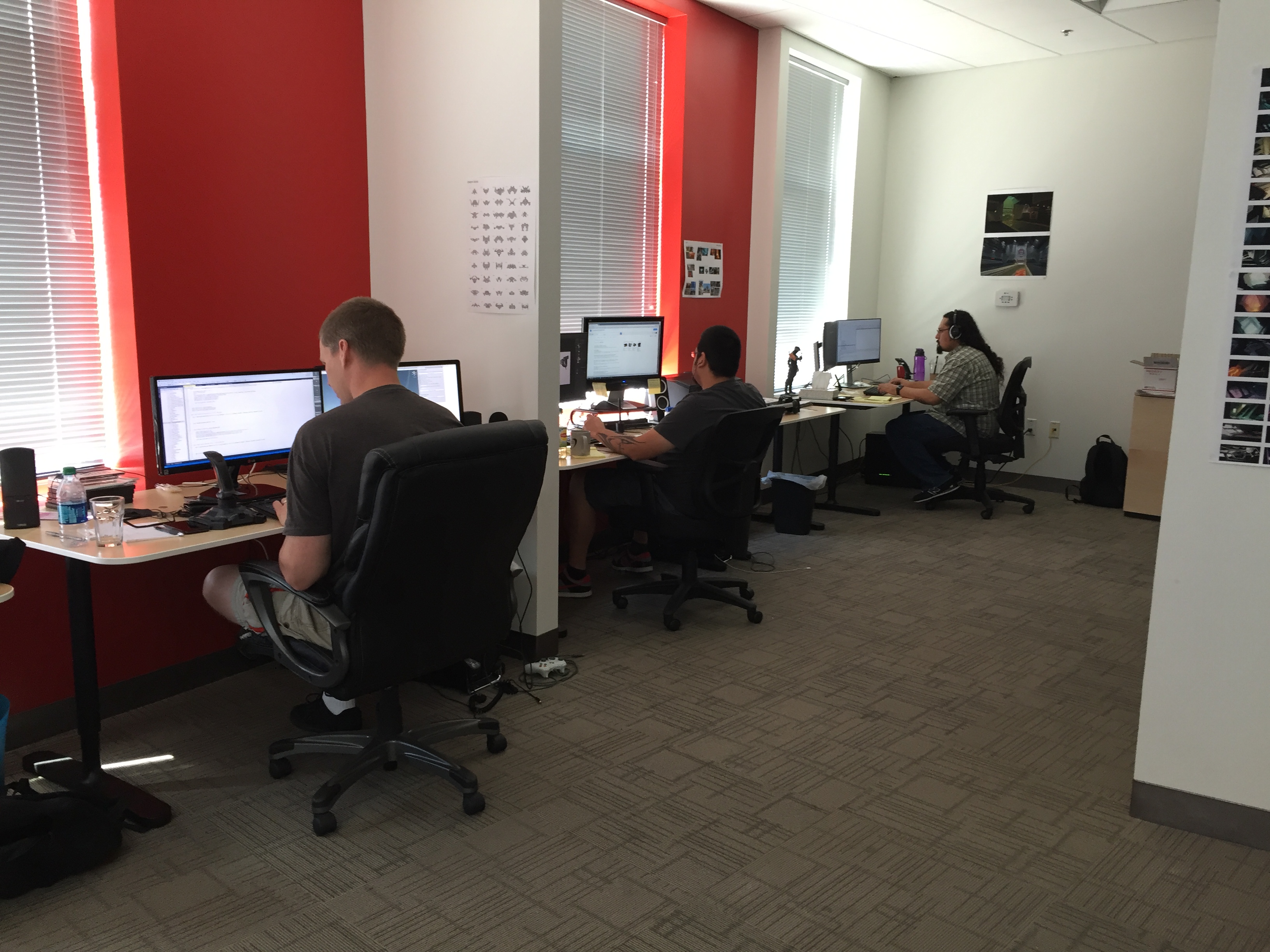 While the team is busy on the upcoming demo for beta backers, we’ll take a look back on some of the ground work done over the last couple months.  Today we focus on the weapons upgrade system.  Remember, none of this information is final; everything is a work in progress!

This doc looked different at the start, but as we tried different weapons and upgrade possibilities, it became more refined and we settled on an overall direction for upgrades.  Every upgrade for all the weapons is also functional, as what sounds good on paper doesn’t always work out as well in-game.

There are 4 levels for each weapon, with two unique max-level upgrades each.  You have to choose which weapons to upgrade, and which upgrade path you take for each (and not all upgrade costs will be equal).  Level 1 is considered the “true” version of the weapon overall, with Level 0 sometimes lacking a distinguishing characteristic.

The level 2A and 2B upgrades diverge a bit, though a weapon’s role doesn’t change much based on that choice.  The Driller changes the most in feel with the 2B upgrade, but even that change isn’t major in actual functionality.  Other weapons may have more “alternate” functionality in their 2A/2B versions, but nothing’s set in stone. 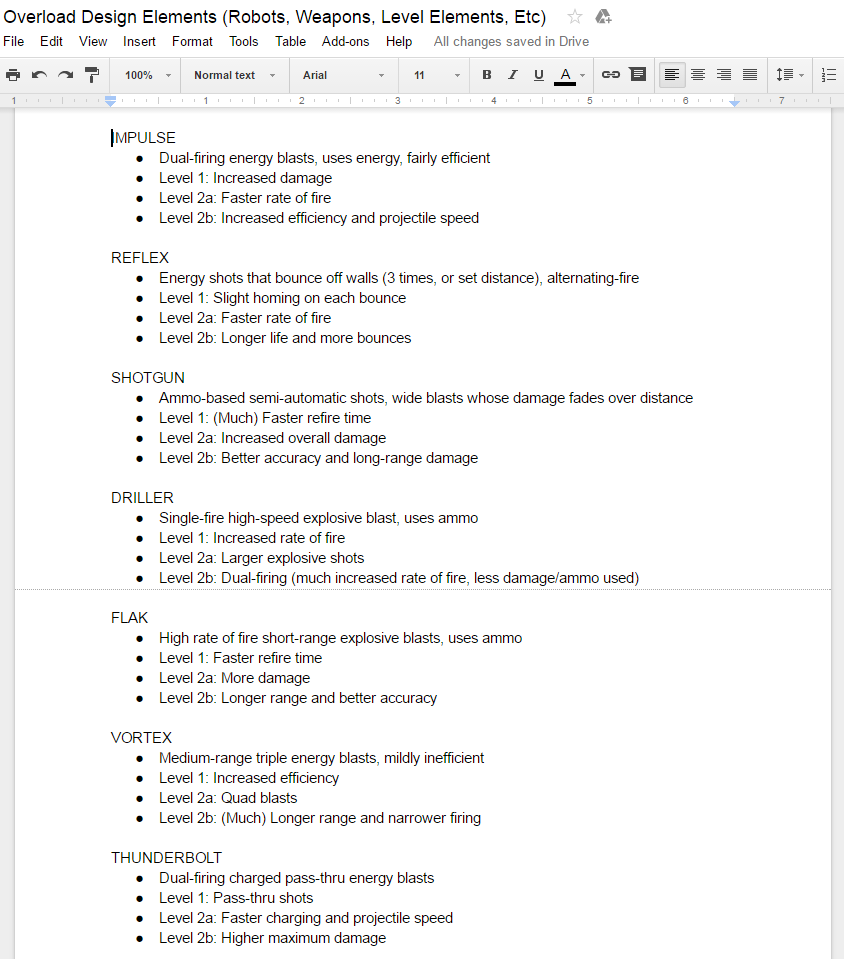 Let’s switch our focus to secondary weapons, aka missiles.  The Missile Pod, Smart Missile, and Timebomb are the new additions to the arsenal.

Though Missile Pods have slight homing (at Level 1), they don’t home nearly as well as Hunters, even with the 2B upgrade.  They have the highest ammo count of any weapon, and fire very quickly.  They are a great counter to larger robots or tight clusters of smaller robots, but smaller, more agile robots can be problematic.

The Smart Missile was just too good and unique of a weapon not to have it.  Creepers can fill a similar role in targeting robots around corners, but there’s enough difference in functionality and effectiveness in many situations that having both doesn’t feel wrong.

The Timebomb is not a unique effect in games, but testing it felt good enough in Overload that we wanted to get it into the game in a controllable fashion.  We considered having a special ability system, similar to Inferno 2, where you could have one ability equipped at a time, and push a button to activate it, but it felt like one too many things.  We had a bunch of other missiles prototyped as alternatives to the Timebomb, including more giant-explosion missiles (like the Mega or Earthshaker).  But the Timebomb was just simply the most fun, and the Devastator already covers the “big explosion” end of things pretty well.

Remember, none of this information is final.  Some things may, and probably will, change.