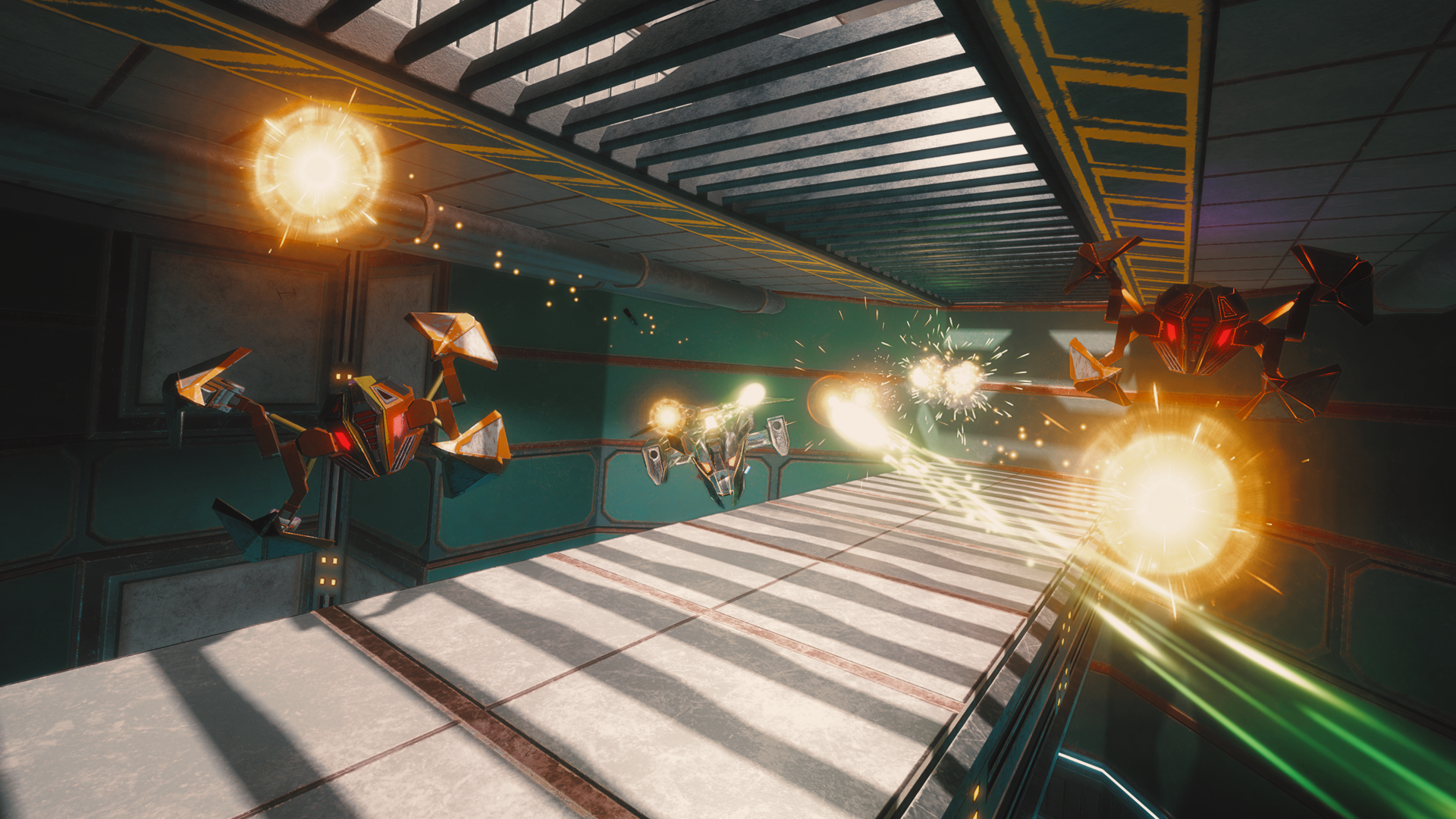 We’re proud to announce the release of Overload’s version 0.5 on Steam. This is a major drop with some big new features and content in it.

* The heatmap feature is new and is not in its final state. Heatmaps can be turned on in the regular automap by pressing the “Switch Missile” control.
* Heatmaps can also be viewedfrom the Level Complete and Player Died menus. Red dots are robotdeaths; magenta dots are super-robot deaths; and blue dots are player damage.
* When viewing a heatmap, pressing the “Roll Left 90” control will show a time-lapse view of activity.
* VR support may be a bit buggy/unfinished with the death/exit sequences.
* The player ship model is still low poly and untextured, but does represent the overall direction.

* Exit sequence does not function properly in VR
* Player ship does not break into pieces while exploding.

If you can, please give us feed back on Overload!  Join the Steam discussions, our forums or fill out this quick survey.  Thanks for the support!